Engagement as a Proxy for Conversion Rate

Can engagement metrics be used as a proxy for conversion rate when optimizing advertising campaigns?

When we manage advertising campaigns, whether they be in Google AdWords, Facebook or elsewhere, we strive to drive a many leads or sales as possible. Doing this usually includes setting bids or budgets based on an expected conversion rate. For example, if keyword A converts at twice the rate of keyword B, we should be willing to pay twice as much for keyword A. There’s a lot more to it than that, but that’s the basic idea.

Ideally, we have enough historical data for keywords A and B to derive accurate conversion rate estimates, but this is often not the case. One of the techniques we use when we are short on data is to look at an engagement metric as a proxy for conversion rate, the idea being that engaged visitors are more likely to convert. Engagement metrics such as time on site, page views per visit and bounce rate are built in to Google Analytics, so are often available when conversion data is insufficient. The other good thing about engagement data is that it accumulates a lot faster than conversion data. For example, after 100 visits you can probably get a decent estimate of average visit duration, while 100 visits will result in a very small number of conversions for most advertisers, not enough to make a good estimate.

We’ve been optimizing with engagement metrics for a while, but had never properly validated which metrics work best. A few days ago, while building an optimization model for a client, I decided it was time to rectify this. Below are the results of my analysis.

A Correlation Between Engagement Metrics and Conversion Rate for 10 Advertisers What do my results mean?

The main things I learned from my analysis were that engagement does tend to correlate to conversion rate, and that no single metric correlates best. I was hoping to find that one of the metrics I chose would consistently have the strongest correlation, but no joy. For the most part, Pages/Visit and Visit Duration correlate about the same, but sometimes one or the other correlates much better. In a few cases bounce rate correlated best, but in others bounce rate didn’t correlate at all. Based on my analysis, Pages/Visit is the best proxy for conversion rate, but my sample is too small to say this conclusively. Going forward, I plan on doing an analysis like this for each advertiser we work with before deciding which metric to use as a proxy. If I have insufficient conversion data, I’ll use Pages/Visit.

In the cases where overall correlation was low, one of two things tended to be the case:

I’d love to hear your thoughts on engagement as a proxy for conversion rate, and any other tricks you have for optimizing when conversion data is sparse.

Nico Brooks is a data geek who struggles to get his head around marketing problems, but he always enjoys the struggle. Two Octobers is an internet marketing company that provides digital marketing services with a strong focus on data-driven optimization and measurable results. 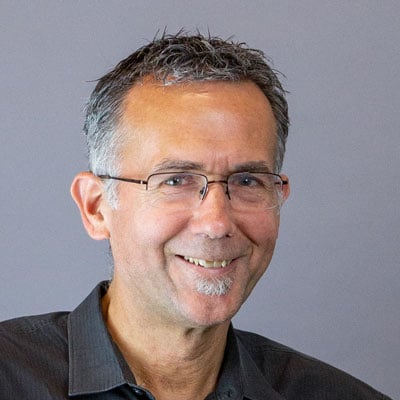 Native Google Search Console May Be Limiting You – Here’s Why

Right now, there’s a limitation that you may not be aware of. Google only allows you to see a tiny fraction of your organic impressions