Does the Readability Score of Your Content Affect Bounce Rates? 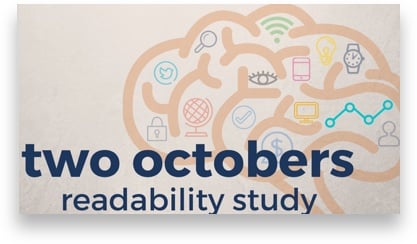 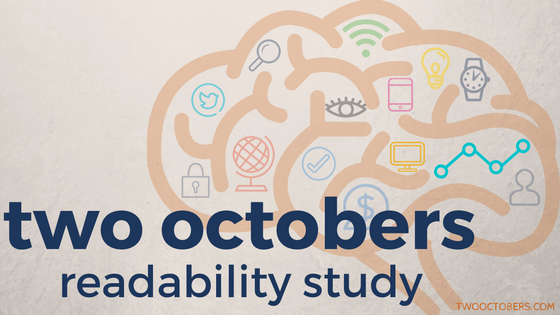 No. Not at all. You just saved yourself 10 minutes of reading. That’s 10 minutes you could use to jog a mile, or whip up a batch of chocolate chip cookies (and eat the dough). Or you could keep reading. I actually think the lack of a correlation provides some useful insight into writing for people versus search engines.

Putting 10 Minutes to Good Use

If you’re someone who works in the industry, you’re probably familiar with the term, but just to recap, it’s the calculation of how easy your text is to read; the higher the score, the easier it is to read. If you want to get into the nitty gritty, there are a few blog posts on Search Engine Journal and Yoast that might be worth a read. Here

are a few interesting examples for comparison:

Searchmetrics researched the relationship between FRS and ranking, and found that there is a slight correlation between FRS and rankings; The landing pages in the top 10 positions had a slightly higher score (easier to read) than the average of the top 30 results in SERPs. I found that interesting, but it got me thinking about FRS and user experience. So, I decided to do some research of my own….

Is there a correlation between Flesch Readability Score and Page Bounce Rate?

Before gathering data, I reviewed the research other SEOs had done on FRS1. Some of them did look at bounce rate in addition to ranking. They concluded that FRS does affect bounce rates; the higher your FRS (easier to read), the lower your bounce rates. But no data was included to support these conclusions. The conjectures made sense, but I wanted data. I wanted to see if there was a measurable correlation between FRS and other user behavior signals, such as bounce rate and time on site. With a clearly-defined question to answer, I began crunching some numbers.

Time For Some Research

I pulled the FRS from 244 total web pages over 22 different clients, across multiple verticals, over a time period of six and a half months. Along with the FRS, I also pulled:

As you may guess, some of this was fairly manual. I pulled everything into an excel document and converted it over to notepad in order to input into R. After working out a couple of kinks in the formula, I was able to come up with a reliable script that would provide correlation data on a few preset variables (along with some eye-catching graphs). After spending months pulling this information together and tinkering with the script, I finally got my answer. 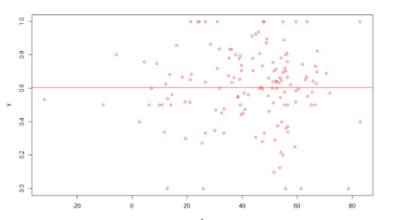 Seriously. 0.0003. Which means you can find a stronger correlation between how many cat pictures are uploaded to the internet everyday vs. defense department spending. 0.0003. I was thoroughly disappointed. What a complete bust. So I got stubborn and decided to check:

Come on, throw me a bone here.

What I’ve always been told is, “When you lose, don’t lose the lesson.” While I was hoping to find something more telling, it was useful discovering that there is zero correlation between FRS and bounce rates, which means you can spend your time writing for your users, not for robots.

“There’s a lot to be said for knowing your audience, using a little common sense and not patronizing your demographic. If you write for the lowest common denominator across the board, you run the risk of alienating, boring, and irritating your target readership.”

Basically, it boils down to providing the right type of content for your target audience. Don’t worry about that little Flesch readability number, write for the people you’re trying to reach. After all, they are the ones sending the increasingly important user behavior signals to the search engines. 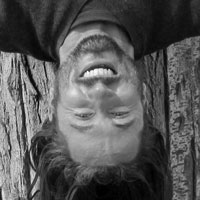 Fred Caloggero is a former SEO expert at Two Octobers.

In early July, five members of our SEO team headed west to Seattle for a few days to attend MozCon 2018. As one of the

By Jaimee LaTorra and Rachel Zinanti Have you ever looked at a marketing persona and wondered what to do with the information? We love personas

By: Amanda Carroo & Alli Berry Dissecting the state of Content Marketing is no small chore.   The beginning of a new year is always

Workshop: How to Build a Goal-Oriented Content Strategy for Nonprofits