Last month, Two Octobers made a big and little change. After 10 1/2 years of being a 50/50 partnership, co-founder Nico Brooks and I decided to tip the scales towards female ownership, and I became the majority owner.

Is this a symbolic change? Is it a meaningful change? Yes, it’s both.

First, the fact that we are now majority-woman-owned is an indication of our commitment to diversity. For the past six months, we’ve been preparing our application to become a certified B Corporation (and submitted it last month! woohoo!). The process has caused us to articulate our values and practices more thoroughly than before. And one thing that’s important to us is diversity. We believe that bringing together disparate perspectives in a collaborative way leads to better ideas, better ways of doing things, and better results. We have formalized this belief in how we hire, how we define performance, and how we choose our vendors and clients. Becoming woman-owned is just a small step in this journey, but it is notable for being a step that is visible to the outside world.

Second, I love that I can be an example of female success in a technical field. While there is a lot of attention paid to getting more women into STEM fields, there are a variety of jobs at the intersection of technology and people and communication that don’t get as much notice. My resume is made up of these roles that are heavily steeped in technology without being “builder” roles. I’ve been a digital production artist, a software project manager, a software business analyst, a product manager, and digital marketer. I want girls and women to know that there’s a place for you that is math-y, but not all math; tech-y, but not all tech. There are many career avenues for tech-oriented people that aren’t pure tech, and digital marketing is one of them.

Third, as a woman and an introvert, I haven’t always been the biggest personality in the room. My success has come from forging my own path to leadership. It’s a quiet path. It’s an introspective path. It’s a path formed by the synthesis of ideas, more than the creation of ideas. I don’t think traditional hierarchical workplaces make it easy for people like me to succeed. We don’t have the loudest voices, we don’t self-promote. But I strongly believe that the business world loses out by not recognizing, celebrating, and promoting the contribution of women like me. Traditional businesses fail these women, and many end up hopping off the corporate ladder. I’d like to help the world figure out how to hear, value, and grow from perspectives that don’t get the attention they deserve now.

Two Octobers already is a place that celebrates diverse perspectives. We’ve developed multiple ways to lead inside the company that don’t rely on managerial hierarchy (Examples include goal groups and certifications). Nico and I brought some of those values to the company when we started the business, but they’ve really blossomed over years of continuous exploration of how to be better, a willingness to try out new ways of doing things that aren’t “how business is typically run”, and a lot of trial and error. “I” have done none of these things. They have been done by “us”: the “us” that includes my thoughtful and visionary business partner Nico, the employees who asked more from us, the employees we wanted to be better for, and even the employees who disappointed us. Together, we have built an incredible place to work, and I look forward to all the ways we’ll continue to make it better. 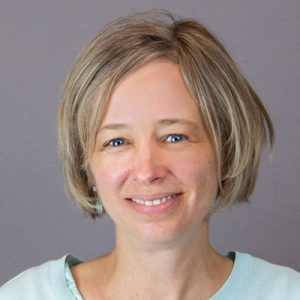 Kris is fond of poppyseeds and organization. But not organizing poppyseeds. Learn more about Kris or read more blogs she has written.

Community Matters: What 2020 Has Taught Me

In the last month of 2020, I am grateful for all the ways that our personal and professional communities have supported us through the challenges

The disruption and upheaval in doing business this year has been profound, largely due to the coronavirus. But, disruption doesn’t always have to be a